TEKLA Kagera wants to restart the Migara vocational training centre as an inclusive training centre where young people with disabilities together with non-disabled young people can learn a craft. This requires some improvements and investments, such as the purchase of tools and training materials for three new training courses. The total project costs are estimated at € 4,900 of which € 3,600 for the start of the new vocational training courses (welder, furniture maker and car mechanic). The Van Doorn Foundation is looking for donors and sponsors for this!

In 1998, the Migara vocational training centre was established by CHAWATA (Tanzanian Association for the Physically Handicapped), where young people with a physical disability can follow vocational training. With financial support from Sweden and the Rotary Club in Australia, permanent classrooms, dormitories, sanitary facilities and showers (all accessible for the physically handicapped) and sports grounds were permanently built in 2004 and the same year the centre obtained government recognition (VETA certificate). A Swedish disability organisation provided volunteers to run the centre. At the end of 2008, Swedish aid (financial and volunteers) stopped and the centre had to close its doors in a very short time. From 2009 to 2018, the centre was empty and was taken over by nature, completely overgrown.

In 2016, TEKLA (also a Tanzanian Association for People with Disabilities) started a dialogue with CHAWATA to take over and revive the centre. In 2017, CHAWATA transferred the management of the centre to TEKLA.

The Migara vocational training centre is located in Bukoba district, about 60 km from Bukoba City, in the Kagera region of north-western Tanzania. The Kagera region is one of the five most populated regions of the country. The region has a population of 2.5 million, of which 0.3% with disabilities, according to the 2012 population and housing census.

Several studies, such as Tanzania Disabilities Survey 2008, show that only 30% of children with disabilities attend school with little prospect of any improvement. Major causes are the distance to the schools, the inadequate infrastructure of the schools and the lack of passionate and specialised teachers, but also the fact that they are being marginalised by society.

The Migara vocational training centre was the only craft school for young people with disabilities, in the Kagera region, which, as mentioned before, had to be closed in 2007 due to lack of funds.

The organisation has taken over the management of the Migara vocational training centre from CHAWATA since 2017 and has cleaned and where necessary renovated the building and the sport grounds so that the centre could open its doors again at the end of 2018.

TEKLA Kagera wants to make a new start with the Migara vocational training centre and develop an inclusive training environment in which young people with disabilities (2/3) can learn together with non-disabled young people (1/3). These young people will learn to read and write, calculate and use a computer. In addition, they will follow vocational training – initially for tailoring and welding / metalwork and at a later stage also carpentry and car mechanics.

TEKLA-Kagera now wants to make the centre less dependent on government and donor support by:

The business plan that TEKLA-Kagera has drawn up for the centre indicates that 70% of the running costs can be paid from training fees and income from services and products, and the centre will be dependent for only 30% (previously 98%) on external financing, which are expected to be provided mainly (25%) by the community (food for the students) and limited (5%) by the local government.

The project costs are estimated at approx. € 4,900, of which € 3,600 for the start-up of three new vocational training courses (€ 900 for the welding training, € 1,300 for the carpentry training and € 1,400 for the car mechanic training). The Van Doorn Foundation wants to provide funds for the purchase of training tools and equipment for these new courses, and for the salaries of the new teachers during the start-up period.

In addition to the two existing courses (tailor and computer skills), a new course will be started every six months, with a metalworking course in the first half of 2021 and a woodworking course in the second half of 2021. Due to the covid-19 pandemic, the organisation is experiencing many delays in starting the courses and attracting a sufficient number of students. 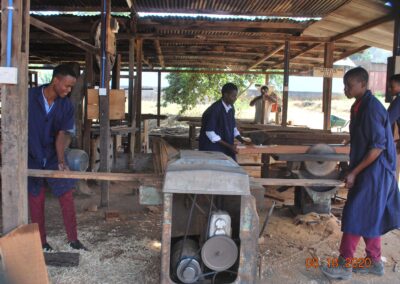 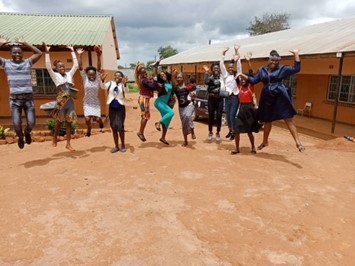 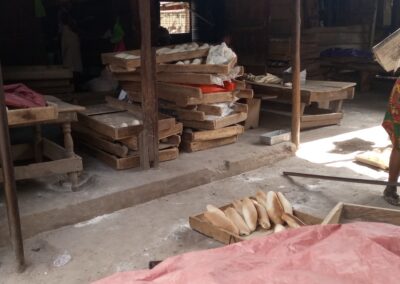 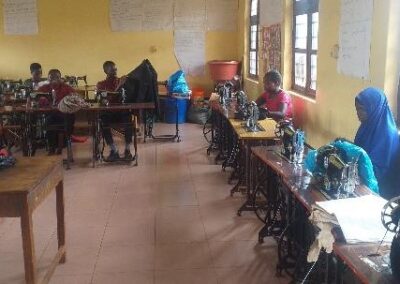 We are grateful that you are willing to support us with a donation!

Please fill in the fields below and push the button PAY to transfer the amount by iDeal.