The Van Doorn Foundation was founded by Paul Sutmuller on October 26, 2001. It was only logical to name the Foundation after his mother, Toos van Doorn, who devoted a big part of her life to making education accessible to everyone.

The importance of education was taught to Paul at an early age. Despite that it wasn’t always easy, his parents made a great effort that all their children – the boys and the girls – could attend a proper education programme of their own choice and level, so they would grow up to become independent and self-supporting.

Paul learned that participation in an educational programme is not a given fact for everyone when he went to Africa after his studies in 1969 to work as a volunteer. As a volunteer you live with the locals and see and learn a lot about everyday life in Africa.
To have some company after his work, Paul interacted a lot with missionaries, who, amongst other tasks, were active in the field of education. Through them Paul learned that education, especially education after primary school, is often not a matter of IQ but simply, of money. Many people don’t have the proper financial resources, and for many youngsters the only way of getting adequate education is through donations and sponsoring.

Already during these years, Paul started to finance the high school education of a student with 10 Dutch guilders per month, and as the years passed, the number of students Paul helped increased. After his voluntary work he was active in community development (the improvement of slums). Later he worked as a consultant and manager of urban development in developing countries. Paul’s awareness of the importance of decreasing poverty through education and employment opportunity continued to grow.

Paul continued the individual study funding, but at a time he realized that by doing so, he also took a great responsibility, as he committed himself to the funding of an entire course, but did so anonymously without anybody knowing. If something was to happen to him, the funding would stop at once.
That was the moment when the idea emerged to set up a foundation. The money for an entire course or study for a student could be ‘parked’ there and there would always be people who could provide continuity. 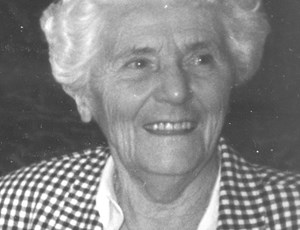 The Van Doorn Foundation gives children the opportunity to go to school, to build a future and reduce their poverty a little.
But also to let them learn about the world – both near and far away, to let them discover.
Every child should have a chance of education, on whatever level, rich or poor and not only the outstanding students, but also the more challenged ones.

A learning opportunity for everybody!